Gum disease is one of the more prevalent diseases that occur in the mouth. The primary cause of gum disease is a lack of oral hygiene.

The disease is a progressive one and can usually be arrested and resolved in it’s earlier stages. Continued advancement of the disease can lead to bone loss around the tooth, and in it’s later stages, will present as shaky teeth and/or gum infection.

Regular hygiene checks at the dentist are important. The dentist is able to diagnose the gum disease at an early stage and prescribe early treatment to prevent further advancement of the disease.

The disease usually starts out with frequent bleeding when flossing or brushing teeth. This is one of the first signs of early gum disease. The bleeding is a reaction of the gums to the presence of foreign contaminants. This is usually caused by a build up of plaque, which is a soft film bacteria. If left there, this can lead to tooth decay or may harden into tartar. Bleeding gums are frequently associated with red, swollen gums. At this stage, if no bone or gum has shrunk away, is completely reversible.

Tartar is a stone-like build up, which is stuck onto the tooth or root surfaces. This needs to be removed by special instruments by the dentist.

If tartar is left on the tooth for an extended period, the bone and gums surrounding the tooth will respond by shrinking. Once bone or gum loss has occurred, it cannot be reversed without further treatment.

Continued bone or gum loss will result in pain, infection and shaky teeth, which may result in the tooth needing extraction.

Frequent dental check-ups and maintenance is essential to ensuring that that gum disease is prevented.

In advanced stages of gum disease, treatments like root planning and curettage may need to be carried out. 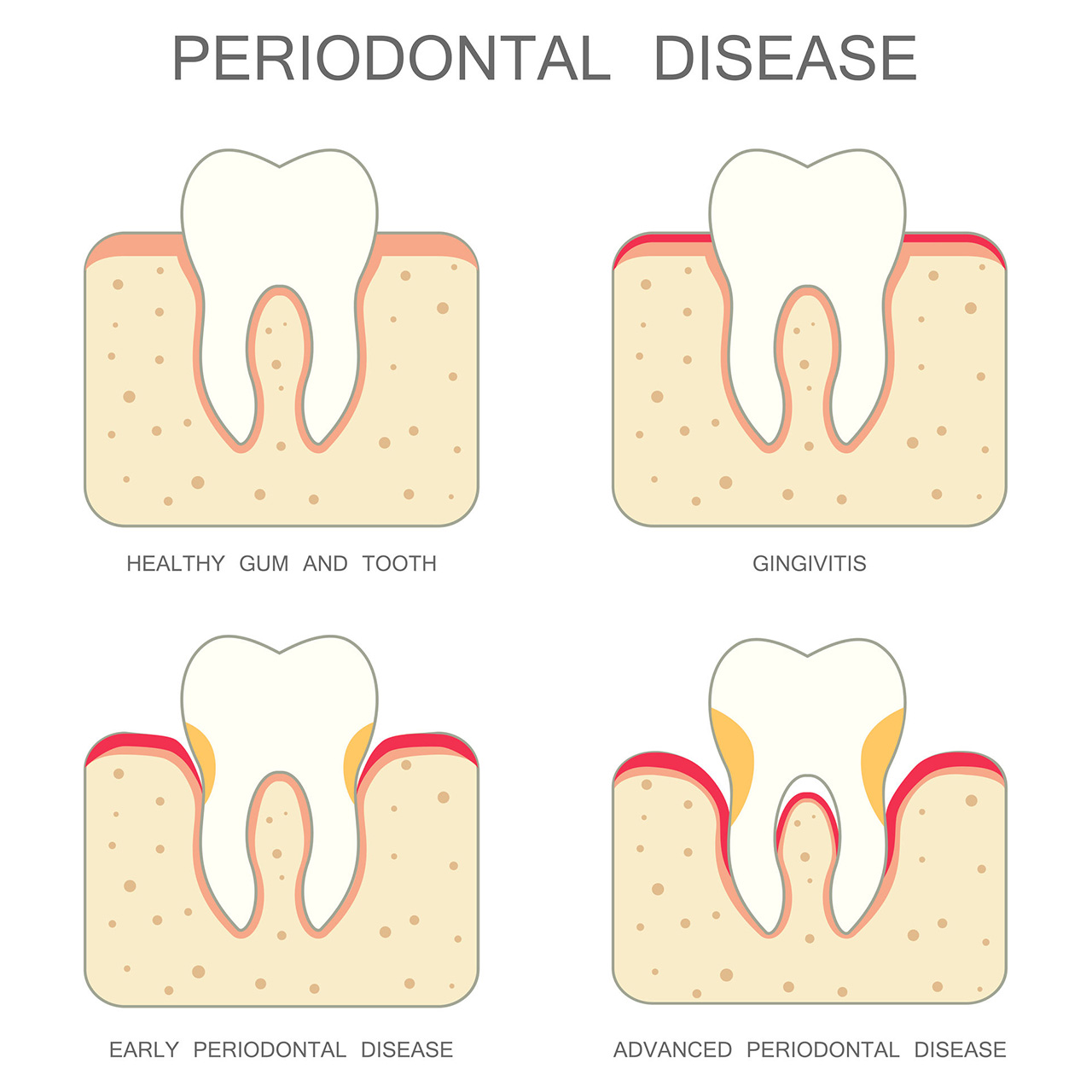 If you have any query about our clinic or treatments, do drop us an email, and we will get right back to you!

For General Enquiries or to Request Appointments